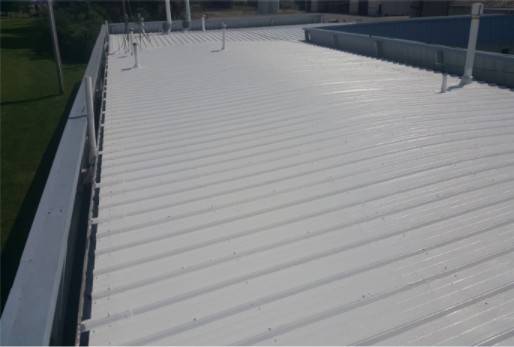 Roof Restoration: Why Replace When You Can Restore?

Why try to restore your roof? Shouldn’t you just replace it entirely? Many building owners just go straight to roof replacement without even considering restoration as an option. But in many cases, restoration is by far the best way to go. Why? Save time and money. Extend the lifespan of your metal roof. Increase temperature regulation. Prevent problems from beginning or getting worse. Increase the sustainability of your building. Make it look great again. Sounds great right?

In addition to spray foam insulation that protects your buildings, Profoam’s ProRenew products can help to restore a metal roof. This saves building owners a ton of time and money. A roof restoration project costs you about half as much as a total roof replacement will. 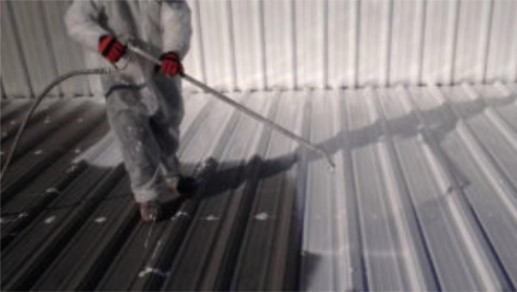 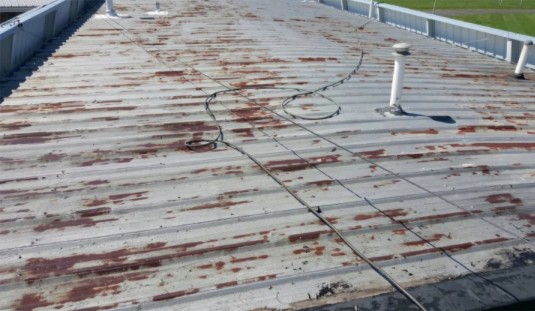 Metal roofs are strong and durable. They provide safe protection for your building. But, there is no such thing as an indestructible roof. One common issue with metal roofs is leaking. There are a few reasons why your metal roof might be leaking. For example.

The screws. Roofing screws are the number one culprit when it comes to a leak in a metal roof. When a screw is put in too far, not far enough, or at an imperfect angle — leaks happen. There can also be issues with the rubber washer. Over time, weather wears on these washers and leaks begin.

Expansion and contraction. Changing seasons and temperatures can cause fasteners and metal to expand and contract. This leaves voids in your roof system. Especially in your stack flashings (the pieces around pipes that come out of the metal roof). Flashings are usually rubber or similar material that can be subject to movement during the expansion and contraction of metal. ProRenew solves this issue by sealing all fasteners. In addition, it coats and seals all seams and reflects 98 percent of the light from the sun.

The sealants. Or should we say the lack of sealants? A sealant that is installed with a metal roof almost never lasts as long as the roofing panels. Sealants need to be checked and replaced frequently.

Wind and storm damage. This system also helps to bond all fasteners and metal membrane panels. This provides additional protection against strong winds and can even prevent hail damage.

Seams and overlaps. There is a seam where two pieces of the metal roofing panels overlap. These spots tend to leak because of something called capillary draw. This is when water moves uphill between two pieces of metal that are tightly joined together. Certain techniques can break the capillary draw, but will also make things worse if not completed properly.

Rust and decay. Thorough cleaning and applying of the ProRenew roof coating helps stop and prevent any further rust and decay from damaging the roof envelope.

Our team is standing by and ready to assist you with any roof restoration questions or concerns you may have. Call us today to make an appointment for the finest services in the San Antonio, TX area. We provide friendly services and quick solutions. Call (210) 330-3000 to schedule an appointment. Or you can learn more about spray foam on our FAQ page.

Ready to Get Started